Tim and His Team 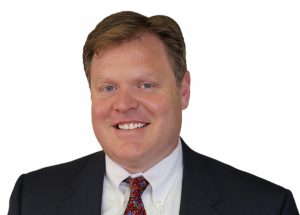 Tim’s highest legal achievements have been in helping injured people get Justice from dangerous trucking companies and drivers. Based in Louisville, Kentucky, Tim is committed to personally handling cases and leading teams across the country to assist clients in their pursuit of justice. Tim’s extensive experience and recognitions include:

National Legal Recognition: Tim is the American Association For Justice’s Chair of its Trucking Litigation Group for 2020-2021, having served in every officer capacity as well as on its Executive Board prior to his election to its highest position by his peers.  The American Association for Justice’s Trucking Litigation Group is a premier industry watchdog, safety advocacy and legal education group for issues affecting the trucking industry, and ultimately the safety of everyone on the roadways.

Other Legal Recognition: Tim has been recognized as a Superlawyer. He is a member of the Multi-Million Dollar and Million Dollar Advocate Forum’s. He is recognized as one of the Top Trial Lawyers in America. He is rated a 10 of 10 by AVVO. Last, he has long been recognized by his peers with the highest peer rating awarded by Martindale Hubbell and Lawyers.Com of AV Preeminent.

National Litigation Experience: Tim’s experience has included representation of injured clients and their loved ones in the Courts of Kentucky, Florida, Indiana, and Tennessee. He has also represented select local entities and their personnel in high value cases. Such representative clients have included Metro Louisville Police, Fire, and EMS, as well as the Louisville Water Company. This is a balance of very serious case experience – from wrongful death to life altering injuries. This is a breadth of practice of which Tim is very proud. He brings his wealth of legal experience to every case that he accepts.

Commitment to Public Service: Tim dedicates his professional and personal time to improving public safety as well as access to justice and medical care for those who have been harmed. His public service credentials include his service as Chair and otherwise to the American Association for Justice’s Trucking Litigation Group, and the Board of Governors of the Kentucky Justice Association. He also incorporated and serves as general counsel to the not-for-profit Family Community Clinic, Inc. in Louisville, which is a clinic providing free medical care to the uninsured.

Educating and Lecturing in the Legal Community: Tim lectures regularly for the American Association of Justice and the Kentucky Justice Association (providing continuing legal educational and ethics credits to other members of the bar). He has been honored on multiple occasions to both Chair and present at the Kentucky Justice Association’s Tractor Trailer and Commercial Truck Litigation series of continuing legal education seminars, in addition to numerous other guest speaking engagements on truck and auto accident litigation topics for the KJA, the Tennessee Bar, and other entities.

Bar Memberships: Tim is a member of both the Kentucky and Florida bar associations. He is admitted to practice law in both Kentucky and Florida, the United States District Courts for the Western and Eastern Districts of Kentucky, and the Sixth Circuit Court of Appeals of the United States. He has been admitted to practice in cases in other states/jurisdictions around the country, including Indiana and Tennessee.

Education and Background: Tim’s career path, from the present and back in time as far as when he attended St. Francis DeSales High School, has been in pursuit of a career in the law, representing injured people… Tim attended law school at the University of Louisville, graduating in 1993 from the Brandeis School of Law, and did his undergraduate work in pre-law also at the University of Louisville. He achieved academic honors in law school, made national mock trial and moot court teams there, and gave back to the local community as Chief Justice of the legal fraternity of Phi Alpha Delta. He also worked his way through college, with a dream of practicing law. In the Summer between college and law school, he held an internship in the Washington DC office of Hon. Romano Mazzoli, of the Third District of Kentucky in the United States House of Representatives. Last, anecdotally, he made his high school moot court team too: as fate would have it, his passion for the law was born with his first moot court case involving a young man killed by a negligent truck driver.

If you’ve been injured, get Tim’s legal experience working for you.